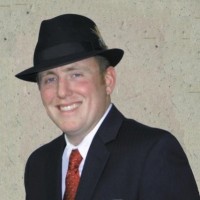 Jake has had a long journey with technology starting as a child. He got his first computer in 1988, and instantly started pushing boundaries with it, seeing it as a gateway to a whole new world of opportunities. He started writing software almost immediately, and started his own computer repair and networking service, Compu-Doc in the late 1990s.

At the end of the 1990s, Jake started honing in on a career in software development joining Ticket Solutions as a Software Engineer, and graduating from DeVry Institute of Technology with a Bachelor's of Science in Computer Information Systems. Over the years with Ticket Solutions, he was integral in pushing ticketing technology initiatives forward and changing the industry for the better, receiving multiple patents on technological advances for the ticketing industry. Jake was a key leader for Ticket Technology, a software company spin-off from Ticket Solutions, in which they produced software, websites, integrations, and ran the ticketing industry's first real-time ticket exchange.

During the recession of 2008, Jake began to invest much of his efforts into one of the startup companies owned by Ticket Solutions called VeriShip. VeriShip provided a value proposition to shippers to help put money back in their pockets, and along with ownership, he saw this as a key time to scale this business. Over the next five years, VeriShip became the leading company in the parcel intelligence, contract and auditing space. Jake was key in building all of the technology, terminology, and teams that exist at that business even today. He even spent time as part of the data science team at VeriShip, as they embarked on some of the first efforts in data science in that industry.

In 2009, Jake started Transcendent Software as a way to help other companies not under the Ticket Solutions umbrella. He started building a small client list, and continued to fulfill his dream of helping others through technology.

In 2014 and 2015, the Kansas City Royals made it to the World Series in back to back years, winning in 2015. At this time, Jake hired his own replacement as CTO of VeriShip, took the title of Chief Innovation Officer for VeriShip. As CTO at Ticket Solutions, he began to make the company more efficient as it was seeing a period of growth it hadn't seen since before the economic recession of 2008. Jake helped drive the company's technology forward, pushing for more process automation, better data integrations, and adopting some of the team strategies he had helped build as part of the VeriShip culture.

All throughout Jake's career in information technology, he has served in many capacities, but his passion for technology and vision for better technology within companies has been a constant. He has implemented software development patterns and practices, built key integrations, and worked with cloud technologies towards process automation and data science. Jake has been a proponent of the DevOps movement, and Agile-Scrum methodologies for team and project management. He has worked with machine learning technologies and has been a key part of team building, training, mentorship and growth.

In Jake's private life, he enjoys live music, nature, BBQ, golf, and is an avid Kansas City Chiefs and Kansas City Royals fan. He is a musician, his first love being the guitar, and loves being from Kansas City, enjoys the change of seasons, and spending time with friends and family. Jake loves to work hard and relishes in a job well done.